Lymphedema is one such kind condition that happens mostly because of cancer. And, several people are there who suffer from lymphedema. In this disease, there are fluids in the body known as lymphatic fluids that gets collected in the different areas or body parts like that of joints, legs, arms and other areas. So, several patients are there who are suffering from lymphedema. Several different types of compression garments are there that are available, which is one of the best protection gears that people can wear to stop the accumulation of the lymphatic fluid in various parts of the body. Some people may not appreciate the compression garments because of the uncomforted-ness or because they do not have a habit of wearing the compression garments.

Besides that, it has also been suggested that compression garments can enhance the circulation by potentially enhancing the performance of ‘skeletal muscle pumps’, but again this remains pretty hypothetical. If this statement is true then the compression garments can lead to an increase in the venous return that would facilitate the removal of metabolites (waste) and consequently that explains reduction in the concentrations of CK. Besides that it is pivotal to note that there is a significant disagreement with the present studies – as some studies conclude that compression garments can help in reducing or reduces CK concentrations, whereas others note that there has been no change.

Whereas there are a numerous variety of mechanisms, which is believed to be liable for reducing the perceptions of muscle pain and reduce the post exercise concentrations of CK after the compression garments have, been used. In addition, it has been demonstrated that muscular power and strength recover more quickly when the compression garments are used. Besides that, there has been studies that showed that compression garments have a very less effect on the maximum and sub-maximum heart rates. Moreover, it has a less effect on the sub-maximum & maximum plasmatic concentrations of lactate. In addition, there is a evidence that compression garments offer no enhancements to the distribution and usage of oxygen during exercise. However, there is evidence that suggest that they improve conservation of sub-maximum function.

There has also been research that has shown that compression bandages can enhance proprioception with the help of the external pressure which is applied on the cutaneous receptors thereby enhancing proprioceptive abilities. Moreover, this may be possible and as far as we know this theory has not been straightforwardly tested with compression garments. It has been tested with compression bandages. Compression garments have also shown to reduce muscular oscillation during robust activities like vertical jumping. Muscular fatigue and tissue damage is reduced when there is a reduction in muscular oscillations during the exercise and this is due to the compression garments use. 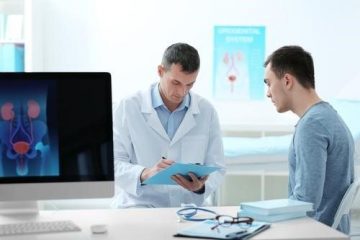 Serology Testing for COVID-19: What to Know

Serology Testing for COVID-19: What to Know

Why is Dairy Vital to Your Child’s Health?

How Long Does Restylane Lyft Last?